Nepal Scouts is moving forward by Leaps and bounds for expanding Scouting to each and every local unit. After successful completion of Province Level BTC PTC at Province No.1, Province No. 5 and Gandaki Province, Nepal scouts has extended its activities to 332 local units through thousands of newly trained competent scout leaders.

373 enthusiastic Participants from 85 Local Units were trained during the main training event. Besides the main training event, 20 participants including local stakeholders, College/School founders and principals, and community School leaders were also oriented by a separate groups of trainers from Nepal Scouts National Headquarters. The participants’ remarks from the orientation ensure the support to be provided to the participants for conducting scouting activities in their schools and communities successfully.

As a part of mega-event planning, the Capacity Intensification Workshop and Orientation for the Trainers were conducted on 25th and 26th of Feb. 2020. The programme proved to be supportive of efficient logistics management and quality delivery of the training sessions and activities.

In order to ensure efficient execution of the event, the participants gathered on the venue on Day 0. The training sessions and activities began from 27th Feb. 2020 after breakfast. The alluring beauty of Himalayas of Annapurna range that filled the heart acted as a catalyst to the dedication of the planning team and participant to make the event a grand success. The combined efforts of all concerned authorities proved successful to integrate the diverse group of participants with each other and promote Team Spirit through Patrol System. The vivid reflection of the Fundamental Principle of Scouting was observed in the behavior of the participants during the sessions and activities right from the first day.

On 28th Feb. 2020 Hon. Prithvi Subba Gurung, Chief Minister of Gandaki Province, and Chief Guest of Opening Ceremony hoisted the flag and inaugurated Gandaki Province Basic Unit Leader’s Training formally in presence of Special Guest, Chief Scout Hon. Jagat Bahadur Sunar Bishowkarma, Minister of Youth and Sports of Federal Government of Nepal along with cabinet ministers of Gandaki Province, members of parliaments and other dignitaries. The Chief Minister expressed his words to welcome the participants from 85 Local Governments of his Province. He appreciated the execution of Scout activities at grass root level in respect of diversity and inclusion being peculiar from the programmes of other NGOs and INGOs. He motivated the participants to be a part of a national aspiration to establish rule of law and be an agent of change by expanding scouting to youths of their local governments, educating them the values and put efforts in the creation of the responsible citizens for the civilized world.

The participants went for the Hike to Basundhara Park, lakeside, Pokhara on Day 5.  Plantation of flowers and cleaning the periphery was done as a Community Service Project. The Grand Camp Fire Ceremony rejuvenated the participants and trainers.

On the last day of the training; 3rd March. 2020, the spiritual aspect of the participants was enhanced by Scout Own. It was followed by the closing Ceremony where Foreign Advisor to the Prime Minister, Dr. Rajan Bhattarai was present to congratulate and welcome the new leaders of Nepal Scouts. He also handed over the certificates to the participants, training team members and support staff. The event was well covered by all mainstream media in Nepal (Print, Audio, Visual & Online) which directly helped in the promotion of Scouting in the country. 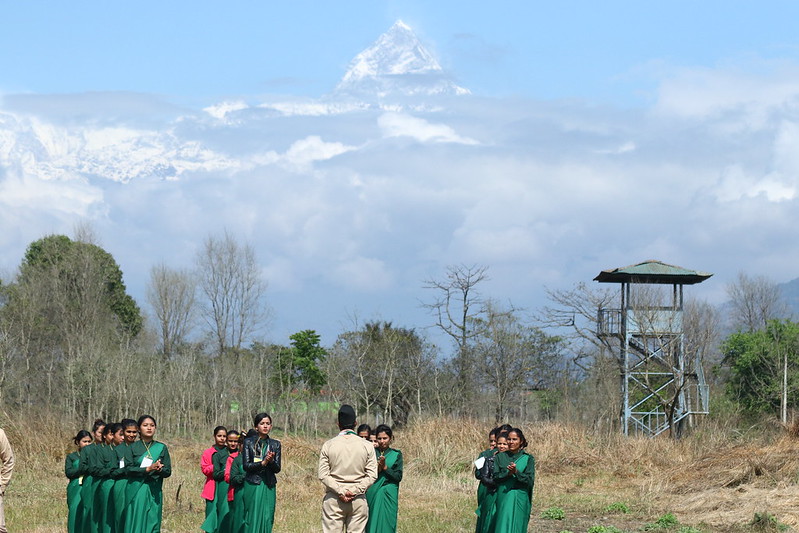 Formation of all 753 Local scout committee