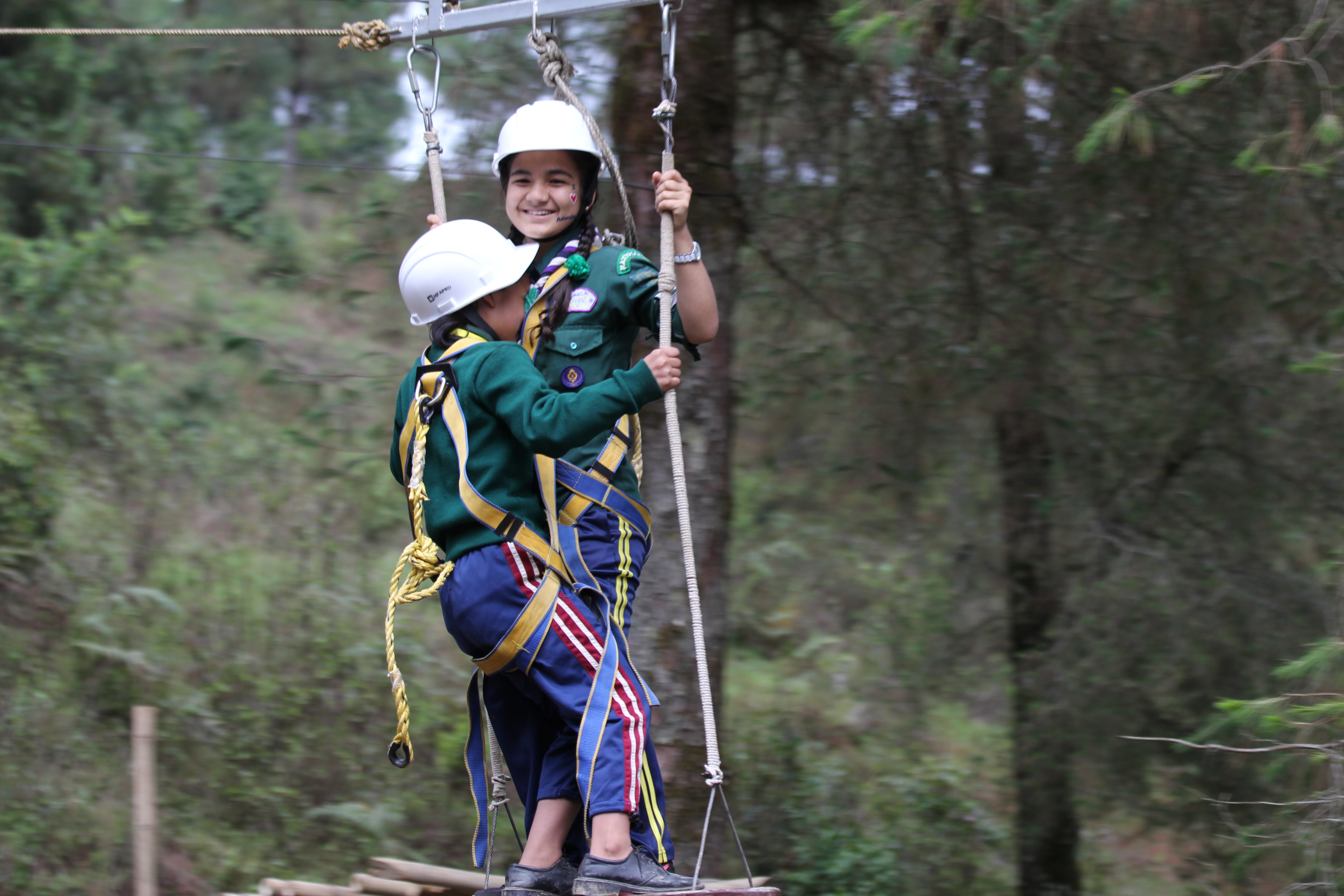 Nepal Scouts has concluded it’s 3rd National Scout Jamboree. The Jamboree was wrapped up on 4th June 2018 amid a huge gathering of Scouts at APF Nepal’s UN PTC, Kakani, Nuwakot.

The mega event of Scouts in Nepal underway since 30th May, attracted more than 5000 participants from Nepal and other countries. The Rt. Hon’ble Prime Minister who is also the Patron of Nepal Scouts, inaugurated the Jamboree in a grand opening ceremony highlighted by a performance by Scouts. The PM airlifted by Nepal Army Chopper to the Jamboree venue, unveiled the Jamboree Monument. The Prime Minister also observed the adventurous activity by the participating Scouts where he was felicitated with a garland by a girl scout jumping down on Omega Jump. PM Oli stressed that the government will do everything in the development and expansion of Nepal Scouts. In such a program of The Scouts, who are regarded as true messengers of peace, PM Oli freed a couple of white doves gesturing peace.

The event was organized in Kakani International Scouts Center, Picnic Area of Nepal Mountaineering Association & the adventure activities were based at Community & Private Forest areas as well. More than 3000 participants have sheltered in the camps and the same number of participants registered as day visitors. Scouts from India, Bangladesh, Bhutan were also part of the jamboree where WOSM, Luxembourg & Maldives also represented. Nepal Army, Armed Police Force Nepal, Kakani Rural Municipality of Nuwakot and it’s locals and many hospitals played vital roles in the successful completion of the Jamboree.

The Coordinator and also the Camp Chief of the Jamboree Mr. Chandan Kaushik remarked with happiness that despite having very short time for preparatory works, Nepal Scouts volunteers did a splendid job to make it a grand jamboree. He also thanked all helpful hands.

The Chief Guest of the Closing Ceremony Honorable Minister of Foreign Affairs this global movement of young people has so many relevances for Nepali youth which could be beneficial in inspiring them to Social Service and lessons of discipline.

In the closing ceremony, different veterans and contributors to Scouts in Nepal were decorated with medals and awards. Six veteran Scouters who were in different positions of Nepal Scouts to contribute Nepal Scots flourish in many ways were felicitated with the Highest Award of Nepal Scouts “Golden Rhino Award”. Sixteen people were awarded with “Uttam Sewa Puraskar” for invaluable contribution to Scouting in Nepal. Two young Scouters of Nepal Scouts were also felicitated with “Parakram Patta Pratham” & “Parakram Patta Doshra” for their successful attempt in climbing the Mount Everest. Likewise, Nepal Army, APF, Kakani Rural Municipality and many more were honored for their valuable contributions for 3rd National Scout Jamboree of Nepal Scouts.

Nepal Scouts organized its first Jamboree in the Year 2043 B.S in Kirtipur and the Second one was in 2069 B.S. inn Tikauli, Chitwan.